Balancing the budget: how exactly will we eventually pay for health care? 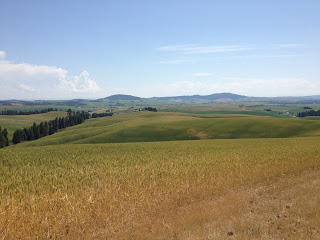 This week the American Medical News featured an article with the disturbing title, "Massive health job losses expected if Medicare sequester prevails." I wasn't entirely sure what a "sequester" was, since I thought it was a verb. Sequestration, I thought, was the noun. (I hear a loud knock. It must be the grammar police.) The story, as I understand it, is that when our government decided to pull together and raise the debt ceiling, they also passed the Budget Control Act, which was intended to reduce the deficit by $1.2 trillion by 2021. This was to be achieved by a bipartisan Joint Select Committee on Deficit Reduction, which would make well considered cuts in funding for various projects. They were unable to come up with a plan that they could agree upon (imagine that) and so automatic across the board spending cuts are mandated to go into effect in 2013, excluding only a few programs, such as childrens' health and disaster funding, and capping yearly cuts to sensitive programs such as Medicare to 2% per year. These funding cuts are called "sequesters."

This sounds so very familiar. Several years ago Congress passed the "sustainable growth rate" formula which mandated that medicare costs would rise only as fast as inflation. Up until recently Medicare costs continued to outpace inflation, and so yearly congress must legally cut Medicare payments, across the board, but then at the last minute they don't. Doctors and patients say that the program will surely not survive since across the board cuts mean that as well as cutting the numbers of unnecessary procedures and devices that are used, we must also cut payments to primary care docs, who already receive far less than they are willing to accept in payment for office visits. Applying the SGR is then delayed, again, by a last minute agreement. Congress does this at least yearly.

Across the board cuts are a bad idea, yes they are. Some parts of programs need to be cut and others need to be grown in order to make systems more efficient. Good primary care more than pays for itself in saved hospital costs (I'm making this fact up entirely out of reason and good sense. There are no studies that exactly address this question.) If payments to hospitals shrink, it should be via improved health of populations who then will need less hospital care. But across the board cuts don't allow for this. So, one might imagine, the specter of across the board cuts would be very effective in making us come to a consensus on how we could control expenditures so that such cuts would never become necessary. It clearly has not been an adequate deterrent. Doctors and others in the field of health care continue to allow their piece of the financial resource pie to grow, to the detriment of all kinds of things.

Nobody, it seems, wants to be seen to cut money that goes to programs when doing so would anger a significant portion of the voting population. And lawmakers don't really understand that there are huge areas of unpopular inefficiencies whose elimination would be mostly painless. They don't know this because they are rarely in the thick of medical care, either as caregivers, health care providers or patients. Those who know about inefficiencies are too busy to speak up or are not likely to be heard by lawmakers.

But on the subject of job losses related to cutting spending on Medicare--yes. That will absolutely happen and there will be economic repercussions. Excess money spent on health care sometimes goes into the pockets of greedy people who already have enough money, but it also supports families, via health care employees who do jobs enmired in inefficiency, such as insurance adjusting and device sales and pharmaceutical advertising. These are homegrown jobs and paychecks often go to local industry and support real live American people pursuing life, liberty and happiness. The inefficiencies of health care sometimes grow our economy, but at the cost of lowering effective take home pay for all insured workers and creating dependent and indebted individuals who are forced by ill health or poor decisions to make use of acute care.

What to do? I would favor some kind of health care industry/government collaboration to make binding decisions regarding where best money can be removed from the Medicare budget. Failure to come to an agreement should not be an option.

Ajax said…
Long live the grammar police! And long live you and your caring and expert attention to these important issues. Thank you for keeping us appraised. I appreciate you.
November 8, 2012 at 3:10 PM