Creating dependency--is that what we do for a living? 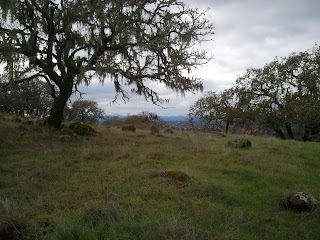 Lately, it seems, I have been treating quite a lot of people who end up in the hospital as a result of prescription drug abuse. Most of them have chronic pain and have been generously prescribed long acting opiate medications such as methadone and morphine by doctors of various types, have taken excessive numbers of these medications or mixed them with other medications and have ended up being unable to breathe for themselves.

In the beginning of the last decade there was a well intentioned movement to recognize that pain was a real issue and should be treated. Pain is not visible, usually, and can often be ignored. Having lots of pain for a long while or intense pain for shorter periods is bad for us. It causes depression, anxiety, leads to post-traumatic stress disorder, and just generally hurts a lot. Humans view torture, deliberately causing another being to have pain, as vile and unacceptable. Conversely we regard the relief of pain as a great gift. In 1999 the Veterans Administration started a campaign to make a rating of pain the "5th vital sign." That means that, in addition to  measuring blood pressure, pulse, respirations and temperature, nurses were encouraged to rate a person's pain on a scale of 1-10. This tended to cause doctors to be more aware of their patients' discomfort and perhaps to offer pain medications. As a doctor, I always find a pain scale difficult to interpret since, unlike blood pressure, it is very subjective. Not everybody is a number person and not everybody has experienced a truly redline pain level on which to base their 1-10 scale. Also some people recognize that stating a pain number above 5 will result in getting really delightful injectable opiate medications. Opiates are not delightful for everyone, in fact some people absolutely hate them, throw up, hallucinate, get hideously constipated, feel out of control. Still. Some people feel SO much better with opiates. They feel warm inside and nothing bothers them. Anxiety goes away and the world becomes a beautiful place.

Since pain became a major focus in medical care, the use of really potent opiates has increased nearly exponentially, and along with that so has prescription pain medication abuse, overdose and unintentional death. Between 1997 and 2007 prescription of opioids increased more than 600%, and that increase has (as far as I can tell) not slowed significantly.  In 2007, 27,000 people died of unintentional drug overdose, the majority of that due to prescribed medications. In our kindness and empathy we as physicians offer increasing doses of long and short acting pain medications that kill 10s of thousands of people and, possibly more tragic, make hundreds of thousands more just-on-the-edge-of-high-all-the-time people dependent upon us for refills. I have been such a physician at times in my many years of primary practice. I would see a patient, know that they had a legitimate reason for opiate pain medications, definitely they hurt and had been taking these pills for years with some improvement, and refilled or even increased the intensity of the medications prescribed. And I was practicing in a way that was encouraged by experts in the field of internal medicine. If a person needed opiates regularly, they should be on long acting ones, and should have short acting ones for breakthrough pain. To offer less was unkind and old fashioned. Sometimes this approach made my patients more functional but surprisingly often there was no dose of opiates at which the patient was truly happy, functional or their pain was actually tolerable. Occasionally, after trying everything I could think of, opiates, anti-anxiety medications, anti-depressants and anticonvulsants I would be forced to admit defeat and let my patient know that they needed to find help elsewhere because I could no longer ethically offer them refills of pills that I knew were not good for them and which were evidently not actually helping. I would offer these patients supervised tapering of the medications, but it was very rare that they were willing to actually get off of the medications completely.

And even with all of this said, I believe that the products of the opium poppy, in all of their glorious diversity, are some of the greatest remedies that the field of medicine has to offer. For post-operative pain, for a toothache, for a kidney stone, for cancer pain there is just nothing like an opiate. Codeine, a low potency opiate, is one of the most useful drugs I can prescribe, relieving stomach cramps, stopping diarrhea, quieting a cough and gentling a headache. There are pains that have no visible cause but are just as intense as a drill press, and opiates can make these tolerable, sometimes. But, as I remember  it, the world of 1997 did not include more people who were miserable than the world of 2007 when there were 600% more opiates prescribed. Regular use of opiates changes people. This is not something I know because I read a study, but because I have treated so many of them. They are less motivated, more foggy. They are tied to the schedule of my office because they feel very unwell when they don't get their medications. Their memories are worse. Their bowels are usually slow, which becomes an issue in itself. Occasionally they overdose and die. Many patients prescribed opiates share them or sell them which leads to dependency in a whole host of other people.

There have been many government and medical profession based responses to this problem, including closer observation of our prescribing habits, efforts to keep patients from getting huge numbers of pills by seeing multiple physicians, pain medication contracts to make explicit the risks of taking the medications and our expectations of the patient for whom we prescribe them. Pain medication prescribing has become big business and many areas have clinics who advertise themselves as treating chronic pain, but really just write prescriptions for patients who are willing to pay for cursory visits. These clinics are being scrutinized and shut down in many places. All of these are good ideas, but I am seeing no decline in the number of patients who are on opiates and who show up with grave consequences of opiate use and abuse.

The problem is that prescription pain med dependence is just the tip of an iceberg of overall increasing dependency on the medical profession due to inappropriate use of medical technology. Physicians generally have ethical motivations, but regardless of our (mostly) good hearts, it benefits us economically to make sure that our patients continue to need us. We have increasing numbers of patients on hemodialysis, whose kidneys have failed. They absolutely require several hours of artificial filtering of their blood at least 3 times a week at the cost of close to $100,000 a year. They are some of the sickest patients we see in the hospital because hemodialysis is not as good as having functional kidneys and they are at least a little bit sick all the time. We do increasing numbers of orthopedic procedures which often are associated with complications including life threatening infections and failure of hardware. These procedures can be wonderfully effective in the right patients, but they are becoming more standard for patients who are at extremely high risk of complications. Our intensive care is more and more effective at making the very sick survive, but they are not, thereafter, well. They have continuing needs for multiple medication an procedures.

Most people don't like dependency. I have heard people say for years that what they dread most is becoming a burden on others. Often what we offer people is the opportunity to become a burden. When we discuss the risks of procedures of medications, I think it should be standard to bring the concept of increasing dependency into the conversation.

R said…
Perhaps you should use some of your time away from a primary care practice to attend enough addiction medicine related CME to be eligible for a buprenorphine waiver.
November 15, 2012 at 10:16 PM