Evidence based medicine--but which evidence? 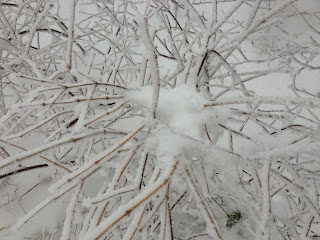 In the last year I've become more and more comfortable using online resources to determine the best treatments for the diseases I see. My favorite site is Up To Date, which has experts write articles which review the literature and share their experience to produce very readable background information and succinct recommendations. Up To Date is expensive, but most hospitals that have computer systems also have subscriptions to it, so it's easy to access when I am reviewing labs, tests or other data.  I've also been impressed with the American College of Physicians PIER (physicans information and education resource) which is available to me as a member of the ACP and has links to new articles and practical recommendations. It is less exhaustive than Up To Date, for instance there is no specific article dealing with Brucellosis (a cattle related infectious disease), but very easy to use and right up to the minute. For absolutely free I can use Medscape, as can anyone reading this, and articles there are also well written and frequently updated.

Mostly there is pretty good agreement among the different sources, but occasionally not, and often Up To Date does not include up to date information and fails to address controversy. Even when it does, it is sometimes dismissive, saying that a certain therapy "cannot be recommended." That sure carries more weight than "the authors have a bias against this because we haven't done it much" or "this is very promising and other physicians use it with good results but we don't."

Even though there are oceans of studies on any given subject, sometimes the studies are poorly done or don't address the most important questions. Sometimes apparently well done studies turn out to be wrong when they are replicated. Sometimes new data is just too counter-intuitive to be adopted right away. Nevertheless, on several subjects I have been disappointed by both PIER and Up To Date.

Acute Pancreatitis is a very painful inflammation of the pancreas, a digestive organ filled with really nasty juices which leak out and cause damage to surrounding tissues. The most common cause of this is heavy alcohol use, followed by gallstones, medications and bad luck. Some cases of pancreatitis are so severe that the patient dies due to complications of whole body inflammation or destruction of internal organs. Most cases are much milder and many patients may weather pancreatitis at home, unaware that they ever had it. Fully 35% of patients who come to emergency departments with pancreatitis are sent home and most of them do well. The standard treatment for pancreatitis, though, per Up To Date and PIER is to admit the patient to the hospital, have them take nothing by mouth and receive IV hydration and pain medications until the belly is no longer tender. Recently, I believe, Up To Date changed this to say until the pain starts to go down, which is definitely different. Nothing is said about discharging patients to home, other than to mention that some patients with recurrent pancreatitis will manage their attacks by taking only clear liquids and will not come to the hospital. And there are studies that show that patients who have mild pancreatitis can do better if they are allowed oral nutrition, which I've noticed sometimes makes a patient much more comfortable as well. The original argument had been that food made the pancreas squeeze out its juices and that the pancreas should be rested. It turns out, though, that the inflamed pancreas doesn't really do anything with or without food. I would like my sources to mention this, and give some guidelines for the outpatient management of pancreatitis, since many patients with this condition are not admitted to the hospital.

Pulmonary emboli are blood clots produced, usually in the legs, that go to the lungs, potentially causing deficiency of oxygen and sometimes catastrophic effects on the heart and blood pressure. Some of these, though, are quite small and cause hardly anything, except maybe some mild chest pain. Because we have really sensitive CT scanners to look for pulmonary emboli, very small ones are more effectively diagnosed. The standard treatment for pulmonary emboli, and the one recommended by Up To Date is to start an injectable anticoagulant, along with an oral one, warfarin, that doesn't kick in for a few days, continue the injectable one for 5 days and then the oral one for anywhere from 3 months to lifetime. This last Spring, the New England Journal of Medicine published an article looking at the effectiveness of a new oral anticoagulant Rivaroxaban in the treatment of pulmonary emboli. It works right away and is less expensive than the combination of the oral and injectible option and requires no monitoring. The two treatments were equivalent, with less bleeding in the Rivaroxaban treatment arm. The FDA approved Rivaroxaban for this. Using Rivaroxaban rather than injectible anticoagulants makes it much easier to allow a patient to go home rather than stay in the hospital, which has turned out, in many cases to be as safe as hospital admission. Why is it not mentioned in my go-to sources?

Bleeding from ulcers in the stomach or duodenum can be devastating. They are often caused by use of anti-inflammatory drugs, also by infection with the H. Pylori bacterium and are more common in drinkers and smokers. Reducing acid produced in the stomach is very effective in helping these heal and so when someone is admitted to the hospital with a bleeding ulcer, they are started on a proton pump inhibitor medication right away. Originally the medications were only available as capsules, then  the intravenous version became available and now it is recommended that we give these medications by intravenous constant infusion for 72 hours when the bleeding is significant. This is based on the observation that the half life of these medications is rather short so constant infusion is likely to be more effective in keeping the acid levels persistently low. A recent article, however, found that twice daily bolus dosing of these medications was no less effective in preventing re-bleeding than the infusion. Infusions are fine, but require constant monitoring and a devoted IV line. Intermittent dosing can share an IV with other medications or blood products. When there is an infusion, frequently a central IV line must be started in order to have an adequate number of access points, and central lines have all sorts of potential complications, from collapsed lungs to blood stream infections. It would be nice if Up To Date would mention that intermittent intravenous dosing was a reasonable option for delivering these drugs.

And flu shots. A recent Cochran review questions the utility of routine flu shots for patients not at increased risk, yet Up To Date doesn't mention this at all. Phooey.

When physicians are judged by their peers or in law courts, our performance is compared to the standard of care for the communities in which we work. Standard of care is often strongly influenced by easily available references. As we move toward practicing medicine based on evidence of effectiveness, it would be nice to see the references we use recognize dissenting opinion and contradictory results.