Recycling the community physician: how should we really be training the next generation of doctors? 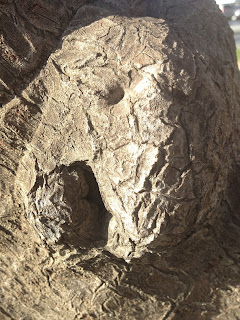 I have been spending time at an academic medical center lately and I’m noticing some obvious flaws in our method of shaping the doctors of the future. When I went to medical school I was trained by physicians who were eminent in their areas of specialty and also did some research. They taught in classrooms and as attending physicians when we were working on the wards as doctors in training. I realize now that the clinical attendings who helped us manage our general medical patients actually specialized in some more narrow aspect of medicine, but were smart enough to be able to manage a diverse array of medical problems.  I thought they were all amazing and never even entertained the possibility that their knowledge was less than exhaustive. I was also taught by the interns and residents who were themselves in training, though with an MD after their names. I thought that they were both wise and skillful. Perhaps they were. I will never find out now.

Watching the training of medical students this last month, I am appreciative of the skills and scholarship of many of their teaching attendings, but also am noticing that there is a difference between a physician who has spent his or her time entirely at an academic medical institution and a good community physician. The academic physician is nearly forced by the proximity of educational lectures and the demands of teaching to keep current on the recommended treatments for various diseases. They also rely heavily on the expertise of consultants in everything from dermatology to cardiology and gynecology,  so don’t necessarily have a good grounding in treating a whole person in the community and circumstances in which that person finds himself. In practice, it would not have been unusual for me to treat someone for their depression, congestive heart failure, obesity, cough and the rash on their legs. In fact, all of these problems were probably connected and required an approach that recognized the other issues.

I was also hanging out in a university hospital’s emergency department some of the time, which was fascinating and sometimes really hard to watch.  After saving the patients who required that acutely and sending a subset of them to the wards for admission and further treatment, there were patients who had issues that required a subtle or clever approach, which was not really in the knowledge set of the ER physicians. Not that it necessarily should be, since emergency physicians should really be dealing with emergencies. Still. Many of the patients who use emergency rooms do so because they cannot be refused service there for inability to pay, and they can be seen the day they show up, though they may have to wait many hours. Although their non-emergency problems should be taken care of by doctors in the community, they don’t have doctors in the community, and sometimes, if they do, those doctors are not particularly skillful.

So I think that academic medical centers need physicians who have been in practice to teach medical students. Physicians who have been in practice also need academic medical centers to remind them to keep their knowledge bases updated and give them a reason and a method for doing so. Academic physicians are very intelligent and hard working, but much of their brain space is taken up with their research projects and many or even most of them have never had to take care of as many patients for as long as those of us in practice have, and so they are not ideally suited to teach medical students how to practice medicine.  It would be nice to see some cross pollination between medical schools and non-teaching institutions. Community physicians do act as preceptors for medical students, taking them to clinic and on rounds, but this is just a small fraction of the medical students’ learning and is not coordinated with teaching objectives.

It was probably nearly the same when I was a medical student, but I never noticed, other than realizing when I got out of medical school that there was still lots to learn. One thing that was significantly different when I was in training was that in the 3rd and 4th years of medical school we had very important clinical responsibilities. Without us, patients would have died and residents would have been frantically overworked. We drew bloods, we wrote progress notes, we started IV’s, delivered drugs and blood products. We were at the bottom of the food chain, but we were part of it.  We were called “scut monkeys” because of the number of menial tasks for which we were responsible for. Now medical students have been mostly eliminated from jobs that are vital to patient care. They have restrictions on work hours, which is kind of good and kind of not so good. They can spend all day trying to find learning experiences, but are also seen as kind of a nuisance because they have no really important role. When they get their MD’s and become residents, they have all the responsibilities all of a sudden since the medical students don’t help that much. I think I was observing some of the more unpleasant results of burnout in some of the residents as they were deluged with work that they weren’t really prepared to do. Their fatigue impacted attending physicians who were required to do more than they comfortably could handle, thus reducing their ability and willingness to teach.

In some of the hospitals where I have worked consultants or representatives of hospital organizations have come in to identify work processes that are ineffective or inefficient. This is necessary in places that are not heavily subsidized (and academic medical centers are pretty heavily subsidized.) I sense that this focus on efficiency is not necessarily a part of academic hospitals, though my single recent experience is hardly an exhaustive survey.    HealthGrades released a list of the top 5% of hospitals in the US in terms of patient outcomes and patient satisfaction and it is not surprising to me that very few primarily academic medical centers made the list. UC San Francisco is not on the list. Neither is Johns Hopkins, Massachusetts General Hospital, the Brigham and Women’s Hospital or the University of Washington. This may have something to do with the fact that they provide services to very sick and often uninsured patients, but I don't think that is all of it. The processes at the university hospital where I have just recently been hanging out are very haphazard compared to other good hospitals in my recent experience. Some well thought out process changes could free up huge amounts of wasted energy in a place like this, which would likely make both residents and attendings have more time for teaching and good patient care. Perhaps medical students could even be brought back into the team as an underutilized labor source.