Hospital readmissions: what exactly is the deal with this? 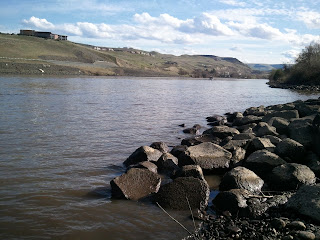 Medicare has been costing the government a scary amount of money for many years, and the very popular program, established in 1965 under President Lyndon Johnson to pay for health care for seniors, has undergone many changes since its inception. Because the government funded program was a very deep pocket from which the sick could pay hospitals and doctors, it influenced the cost of medicine and the volume of health care in a pretty profound way.

In 1983 Medicare began to pay hospitals for care of patients in a way that was felt to be likely to reduce unnecessary and expensive care. This was the Inpatient Prospective Payment System, the IPPS.  Instead of paying a hospital for everything that was done to a particular patient, which would potentially encourage higher costs and higher utilization of services, Medicare began to pay hospitals a certain amount for each kind of sickness. These categories of sickness were called Diagnostic Related Groups (DRGs). If a patient had a particularly bad pneumonia, the hospital would get a certain amount of money, encouraging them to treat the patient as quickly and cheaply as possible. Doctors were still paid according to how much they did, but hospitals received a bundled payment for stuff such as bags of IV fluid and antibiotics and CT scans. Many hospitals closed, and the ones that survived learned to discharge patients earlier, use less expensive resources, use the DRGs that paid the most (as much as they could without defrauding the government) and also shifted some of the costs to patients who were insured by private companies.

There was concern that hospitals could game the system by discharging a patient, potentially too early for the patient to really make it at home, and then readmit the patient to the hospital and get paid again. And, indeed, that does happen. As physicians we were (and are) strongly encouraged to get our patients out of the hospital at the first reasonable moment, and the constant nagging and puppy eyes of the discharge planners would often make us send patients home before we felt it was wise to do so.

In 2011 Medicare announced that it would pay hospitals less for taking care of patients if records showed that the hospitals had too many readmissions of Medicare insured patients within 30 days of discharge. This is really quite a random number, based loosely on how long it takes the moon to orbit the earth (actually 27.3 days.) It was thought that, if a patient came into a hospital, got fixed up properly and was discharged, that patient should stay well for slightly longer than it takes the moon to go around the earth. So if that patient came back to the hospital before the moon made it entirely around the earth, it was likely that some mistake or carelessness had been committed. Equally randomly, it seems to me, they decided to look at just three diagnoses, heart failure, myocardial infarction and pneumonia, to start with.

I'm all for punishing hospitals for convincing me to discharge patients early against my better judgement, but that is not what is happening, in my recent experience.

I have taken care of several patients, readmitted before 30 days had passed, in the last few weeks. Their stories are varied, but don't really represent poor care. The JAMA (Journal of the AMA) has occasionally visited the concept of hospital readmissions, and some of the articles are excellent, exploring the idea that readmissions don't necessarily represent dangerous care and that they are indicative of a population of patients who don't have adequate access to good medical care outside of the hospital (look at this article for a good discussion, though you only get the first page because JAMA is proprietary.)

So I'd like to look at some of the examples to see if there is a pattern.

1. 50 year old man with alcoholic cirrhosis who lives on the street and has just recently been diagnosed. He has no insurance and no regular doctor, and though we give him an appointment to see a doctor after each discharge, he never makes it to these appointments, sometimes because he gets sick with massive ascites before he can get there.

2. 88 year old woman, discharged after a long battle with pneumonia to her home and pets, returns to the hospital weak and short of breath. She appears to have worsening chronic lung disease on further evaluation and be too weak to return home. It was still worth a try!

3. 29 year old woman, uninsured and with very bad luck and 2 forms of cancer, discharged to assisted living, returns in a day, short of breath and anxious. She has been too anxious to actually take her anxiety medications, and hasn't yet seen her oncologist back for treatment of both cancers which are still quite active.

5. 87 year old woman with end-stage kidney disease, also on dialysis, has been in the hospital approximately once per lunar orbit for 18 months for problems such as pneumonia and urinary tract infection, admitted with shortness of breath and a large collection of fluid in both lungs.

I'm thinking that a really great and very motivated outpatient doctor who goes the distance and visits patients in their homes and treats patients for free and lets the homeless ones crash on her couch could have averted all of these readmissions. I'm also thinking that this particular doctor is not just a dying breed but virtually nonexistent. In the absence of this doctor of whom legends are written and ballads are sung, a good hospital will continue to be a (very expensive) refuge. The costs to those patients who have no insurance in this group is huge, but they have no resources and will never pay, and the hospital knows this and stays afloat in some other way. It's hard to know what to do with our well established cultural belief that everyone needs dialysis at the end of life unless they vigorously oppose it, which is what results in frequent readmissions of patients with end-stage kidney disease. Clearly the fact that a hospital is usually the only place that a person with no resources whatsoever can get good medical care will continue to drive frequent readmissions of this group of people.

james gaulte said…
At least with the absurd four hour pneumonia rule an argument could be made that the measure which then became a target was in fact as least remotely related to good care.But then Goodhart's Law came into play and we saw once again when a measure becomes a target it looses whatever value it had as a measure.Folks were performing the hospital diagnosis and treatment version of teaching to the test. But with the re-admission rule they are using a measure that does not really quality as anything resembling a measure of good care.Nevertheless this time the unintended consequences will be worsel
April 8, 2013 at 9:29 AM