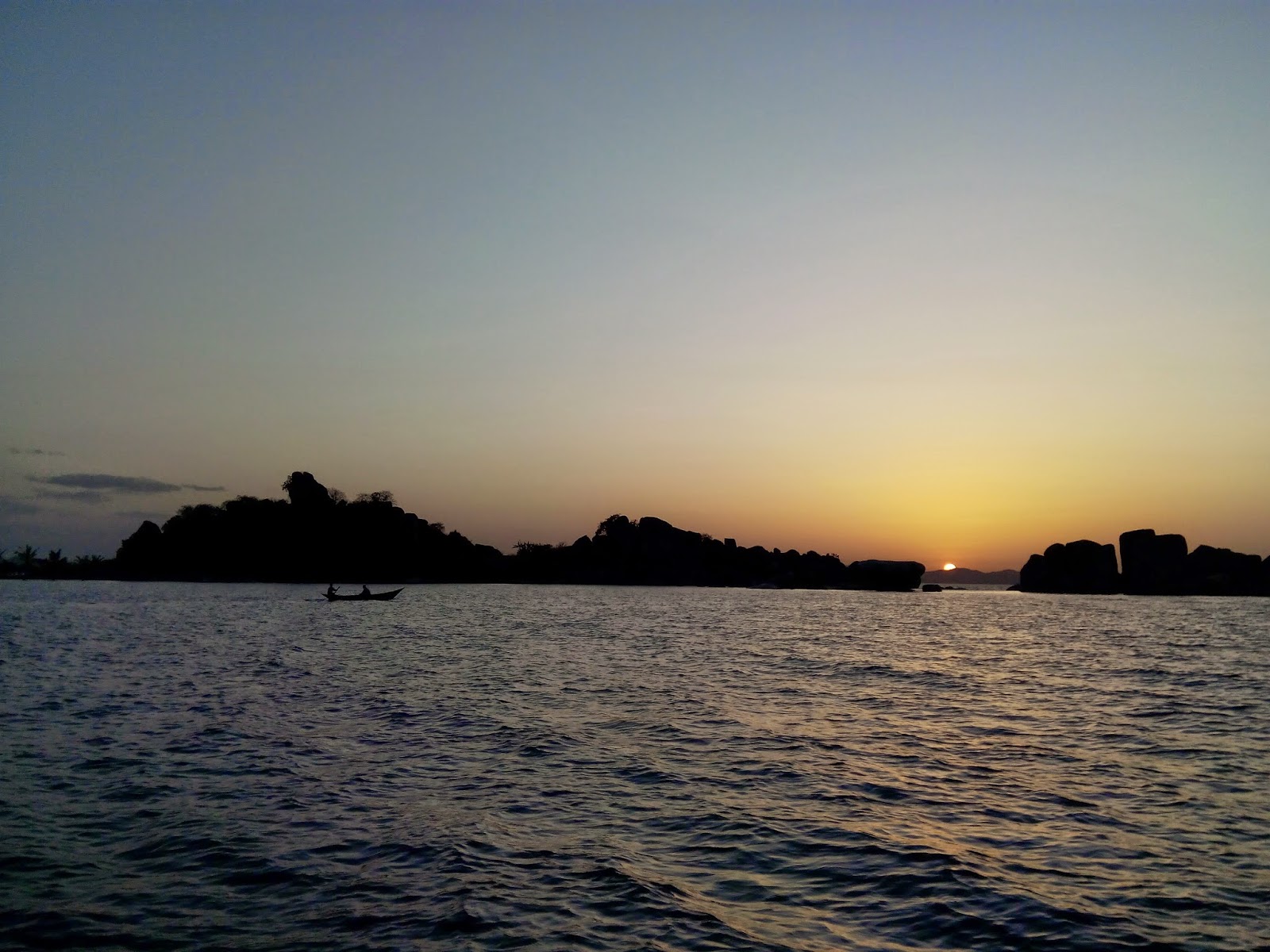 I am in the African Republic of Tanzania. This year I have again accompanied a group of medical students from University of California at Irvine who will be teaching bedside ultrasound to clinical officer students at a medical school in Mwanza, the second largest city in this East African country. We will also be looking at the utility of ultrasound in diagnosing schistosomiasis, a parasitic disease which is endemic here.

Mwanza is on the coast of Lake Victoria, a huge body of water also bordered by Kenya and Uganda. Much of the commerce here has to do with the lake, both relating to tourism and fishing. Schistosomiasis is a water borne disease caused by a fluke that lives in the lake, harbored by snails. The snails are infected by the schistosomiasis miracidia and shed cercaria capable of infecting humans into the beautiful blue water where they penetrate the skin of mammals that swim in the lake. The flukes move through the lymphatic system, penetrate the blood vessels of the lungs and end up in the left heart and thence the blood vessels. They attach themselves to our blood vessel walls, nourish themselves on our blood, copulate constantly and produce eggs which are intensely irritating to our various internal organs. We eliminate eggs in our urine and bowels which go back into the water system to mature and complete the cycle.

Infection with Schistosoma mansoni and S. haematobium which are the predominant species here in Tanzania can cause fibrosis of the portal veins of the liver with chronic liver disease, scarring of the intestines and bladder with resulting kidney failure, malnutrition and anemia and chronic ulcerations of the lower genital tract. Less common and even more nightmare inspiring complications, including spinal cord and brain infection also occur. Most people in this community are infected, though only a relatively small proportion have noticeable symptoms. The most heavily exposed people are the most severely infected, including fishermen and car washers, but also include school aged children who are weakened and perform more poorly at school. Women with schistosomiasis genital lesions may be at higher risk for contracting HIV. Patients with associated bladder or liver disease are at higher risk of developing cancer of those organs.

Schistosomiasis is one of the "neglected tropical diseases" which are neglected because they occur primarily in very poor areas and to very poor people. In the case of schistosomiasis, neglect is enhanced because it is debilitating and chronic but not usually fatal. Nutrition and genetics affect how sick a person gets after being infected. Tourists sometimes return with schistosomiasis, but rarely to any great harm. The treatment is simple, a big dose of an anti-parasitic medication called praziquantel given once. It will clear the fluke from the blood stream and the body can heal any damage that is not advanced enough to be irreversible. In many patients, though, treatment is delayed until long after the point of no return.

The best way to cure schistosomiasis is to completely prevent infection, and since contact with   water is life to many people who live on the shores of rivers or lakes, the solution involves getting rid of the fluke. Some countries, most notably Japan, have entirely eradicated the disease using various approaches. Ideas that can work include biological control of snails, introducing predators or competing snails or infecting bacteria. Poisoning them doesn't work very well because other mollusks and fish also die. The very successful fishing industry in Mwanza, based on introduced Nile Perch which have decimated the omnivorous cichlid species that ate, among other things, snails, has worsened the snail problem. Dams and irrigation projects move snails to previously unaffected areas increasing the numbers of people exposed to the disease. Reducing certain plant growth along shores of ditches can reduce snails. Infected humans continue the cycle of infection by soiling water sources with urine or feces, so places with active sanitation efforts can significantly reduce their schistosomiasis burden. Large health organizations have proposed blanket treatment of school aged children with praziquantel, potentially yearly in some high risk communities, to both control human disease and reduce the reservoirs that lead to reinfection. This will be hugely expensive, but is probably necessary as part of a larger prevention effort.

I am looking forward to spending some time with the students on a large island in Lake Victoria where, we are told, 100% of the population has schistosomiasis. I expect we will see a vast array of tropical birds and fish and wide expanses of beautiful water, meet new and interesting people and see all kinds of tragic and preventable pathology. I might even go swimming. More later!