What's up with people who are in the hospital a very long time? 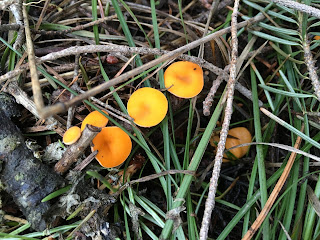 I just finished reading a very delightful "A Piece of My Mind" essay in JAMA (The Journal of the American Medical Association.) The JAMA is primarily a research journal, filled with new scientific or semi-scientific studies and comments on those, plus reviews of the literature and editorials on science or politics. There are also letters and announcements and educational sections for doctors or patients, even poems, but the part I like to read all the way through is called "A Piece of My Mind." These essays are almost always stories about something that has made a profound impression on the writer. The most recent title was "A Place to Stay," written by Benjamin Clark, an internist at the Yale New Haven Medical Center. He describes a patient who is stuck in the hospital probably for the rest of his life due to a medical condition whose treatment requires management that can't be done anywhere else. It's lovely, and true (even if the details are not, and I'm guessing they aren't) and I won't describe it more fully because it is available in full at the link.

It made me think about the vast diversity of patients I've known who have stayed in the hospital for way too long.


The “Piece of My Mind” story was about a well-educated and deeply lovable person with a bad disease that was in no way his fault. Most of the patients we end up taking care of for very long stretches are not this way. This sometimes makes them less appealing. Still, all of them are people with whom we become intimately familiar, knowing their families and their prospects as well as their everyday quirks, preferences and routines. We fuss and connive about how we might move them out of our hospitals and eventually, for most of them, this happens. They don’t usually die with us.

During their stays we feel frustration and experience dread as we repeatedly fail to do our job as hospitalists which is to get them better and get them out. As the days pass we adjust medication and perform diagnostic tests, consider and try new approaches and eventually manage expectations.

We feel that these cases are failures because we can’t get the patient well as fast as we think we should. This is partly because of the ways hospitals are paid to take care of people. For decades we have been urged to reduce the number of days patients stay in the hospital. This started decades ago when healthcare costs were first starting to be alarming to payers, especially Medicare. Patients who remained in the hospital for many days often were getting complications, pneumonia, other hospital acquired infections, confusion, and these extra days were costing insurance companies and the government lots of money. Payment models were changed and we were paid flat amounts for a given diagnosis. Because of this, our hospital made more money if a patient was cured more quickly than expected. This can be good all around. Patients don’t usually want to be in hospitals and often get sicker if they stay, and hospitals don’t want to foot bills that are made larger by more days and more tests and treatments. This method of payment gave us financial incentives to cure patients rapidly. They also left us no room in our hearts or minds for the outliers who take a long time to be ready to leave.

Beside the patient in the “A Piece of My Mind” story, who are these patients?

We just discharged a patient who had been in our hospital for over a month. She had been heavy all of her life, but after having children her situation became dire. She had a gastric bypass and lost 100 pounds, which brought her down to a manageable 300 pounds. Job changes resulted in gaining most of that weight back, and then a divorce made her even less active as she turned to alcohol for comfort. She finally sought help when she was 600 pounds, couldn’t get out of bed and was so swollen that half of her skin was oozing, some of it covered with infected wounds. When she got to our emergency department it was difficult to maintain her oxygen level. She could barely breathe and was so heavy and weak that she could only just move her arms. Her chronically low oxygen levels had led to severe pulmonary hypertension and so much of her weight was retained fluid. We began the process of giving her diuretics to remove extra fluid, cleaning and dressing her wounds, using mechanical lifts to be able to lift the skirt of fat and fluid to care for the skin underneath. She was horribly malnourished, since her diet was terrible and her gastric bypass made her unable to absorb nutrients well. She was depressed with horrible self esteem, and was surprised to learn that we thought this was a problem. Over the course of 5 weeks she was able to lose nearly 200 pounds of primarily water weight, with daily attention to replacement of rapidly depleted electrolytes. Physical therapy worked with her daily and by the time of discharge she could climb stairs and walk the halls alone. She will get further rehabilitation which should allow her to cook and bathe and even drive independently. During the 5 weeks we all got to know her well and discussing her success became a high point of all of our day. There was no point during those 5 weeks that she could have successfully left the hospital.

Another patient arrived with high fevers and back pain. He had been in recovery from heroin abuse but had relapsed. He had Staph aureus growing on one of his heart valves and had been throwing little infected blobs to his spine, his spleen and his kidneys. He was treated with the proper antibiotics, but ended up with abscesses in his brain, which made him confused and difficult to handle. He had a long term central intravenous catheter (PICC line) that we placed in hopes that he might be able to get antibiotics as an outpatient, but his parade of misfortunes made it impossible for him to survive outside of an actual hospital and the temptation to inject heroin into his pristine PICC if he were on the outside made it unwise once he stabilized. Nursing homes do not like young drug addicts because they assume that they won’t play well with their primarily ancient clientele. He needed at least 6 weeks of intravenous antibiotics. He was ours. No other options. After he stopped being a complete pain in the rear he was like a family member.

Who pays for all of these hospital days? It varies. In actual fact, we all do. Hospitals eat some of the costs and pass them on to other payers if they are to remain solvent. All of us who work, pay taxes, buy insurance or use medical services pay in some way.

So what do we do about patients like this, ones who can’t go home? We struggle. We stew. We blame ourselves and them. Discharge planners shake their heads and make more telephone calls. We dread our daily visits in which there is nothing much to say that we haven’t all said before. At our best we finally come to peace with the fact that these patients and their epic hospitalizations are part of what is real about our job and not just inconvenient outliers.

herbert said…
"..we ... eventually manage expectations."
This is the ultimate wisdom... and is generally more effective than attempting to 'manage' the attitudes of others in your milieu... as ultimately essential to solving those BIG Problems that may be.
I still remember a meeting (more of a "press release") when a local Group Health had gotten so "efficient" that they were retiring almost an entire floor of beds in a "recovery" wing. This was "bragging rights". Then someone from an alternative press asked if the beds could be converted to become temporary shelter housing for homeless people... and I will NEVER forget the changes that played across the face of the GH spokesperson! (No... there was no real answer.) ^..^
March 30, 2016 at 10:17 PM