The Affordable Care Act (aka Obamacare) on the chopping block 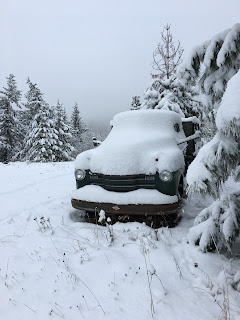 The Patient Protection and Affordable Care Act (ACA for short, or Obamacare as it has come to be known) was passed on March 23, 2010 after intense wrangling and many compromises. It is a huge and complex bill which changed health insurance costs and availability significantly, resulting in over 20 million Americans getting health insurance who were previously uninsured. Many people can now get health care without impoverishing themselves, but the bill is also not without significant and possibly fatal flaws.

What does it do?
The link here is to a blog I wrote in early 2010 after a grueling 5 hours of reading the bill that was eventually passed. The things people like about it include:
What's wrong with it?
Could the ACA be better?
Yes, for sure. There were many compromises leading up to passage of the bill, despite the fact that in the end it passed without any Republican support. Progressives pushed for a single payer system which would make the federal government the major provider of healthcare coverage. (Actually, in terms of dollars spent, the federal government is the major provider of healthcare coverage.) This could have been done as an expansion of Medicare which is already an established and relatively frugal insurance plan. The government would then have been in competition with the health insurance industry which did not make their very powerful lobby happy, and some physicians balked, expecting a heavy handed approach to what they were allowed to do for their patients. A "public option" was also put forward, which could have provided an optional government funded insurance, but that, too was seen as competing with private insurers and might have become yet another very expensive and possibly budget busting entitlement program. The ACA legislated the creation of the Center for Medicare and Medicaid Innovation to help come up with creative ways to provide and pay for healthcare, but prevented them from using cost-effectiveness analysis to decide what to recommend. This was because of concerns about "rationing" healthcare. The ACA in its original form required the states to expand Medicaid, with the federal government footing all of that cost for 2 years and then gradually reducing that subsidy to 90% by 2020. The Supreme Court found that requirement to be unconstitutional, leaving 19 states to make a short sighted decision to forego a significant subsidy from the federal government and leave a proportion of their poorer citizens without healthcare coverage.

So the ACA could be better by being bigger. It could have entirely revamped how healthcare was paid for by introducing a single payer or provided a good public option. This would not have passed congress and certainly won't now. It might have been great eventually, but would have been very expensive and might have destabilized the economy. The ACA could have explicitly recommended we reduce costs by looking at value and eliminating services with low value. It could have offered expanded Medicaid without state support, leading to more nearly universal health coverage.

It could have been better by having bipartisan support, but, having watched the whole process go down, it's not clear how that could have happened. The idea of universal coverage with an individual mandate was taken straight from various Republican proposals over the last 15 years, and looked very much like the Massachusetts health plan sponsored by Mitt Romney. The ACA did not fund abortion and did not extend Medicaid to illegal immigrants. It provided a waiver for patients based on religious beliefs. There was no funding for talking about end of life wishes with patients due to concern that this might mean we had created "death panels" to decide who would live or die. Still, there was no Republican support for what was very appeasing legislation.

It could have been better by being smaller. Many of the exclusions and exciting new programs which were introduced to make it attractive to legislators also made it hard to understand. Patients to this day have very little idea what the ACA is or even that it is the same thing as what they call Obamacare. Physicians are unclear about its provisions and blame various woes on the ACA that belong to different legislation or to developments not related to law at all.

What will happen to it?
Members of the present administration have vowed to repeal it, but want to hold on to some of the most popular provisions. I have gleaned from many reliable sources that:

Bottom line
There is a good chance that the "Obamacare" that we are just getting used to will go away. This will be "the beginning of an uncertain and tumultuous chapter in U.S. health policy" per Jonathan Oberlander, a professor at University of North Carolina and the author of The Political Life of Medicare, in an article in a recent issue of the New England Journal of Medicine. The ACA has been divisive and irksome to Republicans for years and they would have repealed it already if they had had the political muscle they do now. It will be tremendously difficult to deal with the aftermath of that, especially the 20 million people whose access to healthcare will be endangered or lost. None of the ideas that have been mentioned so far come close to managing this. In order to provide access to care that constituents demand at a price that taxpayers can tolerate, compromises will need to be made. The work of improving cost efficiency in medical care, pharmaceuticals and in payment models will need to become a non-partisan issue.

*As a person in need of healthcare, it may be wise to sign up for health insurance through the marketplace before the January 31 deadline, if you are not already insured. The future of these insurance policies is unclear, but it is unlikely that any change in the ACA will affect insurance that a person has already purchased, at least in the short term.

Anonymous said…
A few things in general: we have a big, leaky bucket in this country of high medical expenses and low outcomes compared with other major countries ... we need real medical reform before insurance reform before we even think about single payor, including money for prevention.

Second, we have a huge infrastructure of fee for service claims paying with lots of efforts by providers gaming the system ......is there a simple way to get funds to providers? Insurance as financial indemnity is a bit archaic anyway, isn't it?

Janice Boughton said…
Totally agree, and woke up thinking about writing something about this. Insurance makes sense for paying for unexpected bad events, but for everyday expenses...? Archaic and inefficient.
January 23, 2017 at 1:25 PM