How did American healthcare get so expensive? Perhaps it was Ronald Reagan's presidency. 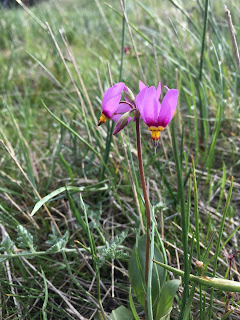 The New York Times has pointed out a very interesting coincidence. It was during the presidency of Ronald Reagan that health costs and outcomes began to diverge from the rest of high income countries with which we compare ourselves.

In an article by Austin Frakt, a healthcare economist, physicist and mathematician, he points out that America began to abandon healthcare cost controls, except for Medicare, when Ronald Reagan took the helm from Jimmy Carter, who had steadfastly backed limiting public and private healthcare spending. Deregulation of many institutions followed. Regulation of industries related to health were rolled back and new regulations which helped control spending in Europe were not introduced.

In the early 1980's insurance companies began to change the way they paid hospitals for their services, introducing "DRG's (diagnosis related groups). Hospitals responded to this change in payment methods, being paid according to diagnosis rather than time or intensity of treatment, by increasing their size and leverage and mobilizing other cost centers to bolster their profits and economic viability. To be fair to hospitals, this was a difficult time for them and many failed. Nevertheless, in a successful change in strategy, they did begin eating up more healthcare dollars.

Other developments that came with this conservative sea change included support for medical spending to the exclusion of social spending and the success of big drug companies in marketing their more expensive products to consumers.

These are some very compelling associations and definitely worth exploring further. In addition to helping explain our high healthcare costs,  these observations suggest some remedies that might gain traction in the post-Trump era. The article is short and sweet and I encourage you to read it. I am looking forward to a more detailed look at what actually happened from this or other authors with suggestions for concrete changes in our future direction.