Menopausal Estrogen Replacement: can we start using this again safely?

Estrogen is a miracle drug for many women who experience the drenching sweats, sexual dysfunction and frustrating brain betrayals associated with entering menopause. It comes in expensive patches, less expensive pills or injections, as well as vaginal creams or rings. It has gone in and out of favor with the medical community for decades. 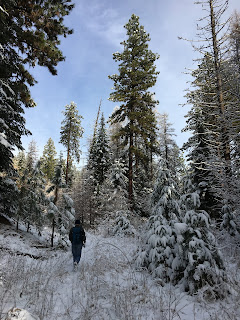 Estrogen is the main ingredient in most birth control pills and has been studied extensively in that context as well as in the setting of women whose ovaries have ceased to produce it as they age. It can increase the risk of migraines, blood clots in the legs or lungs, it can cause benign liver tumors and facial pigmentation. It causes growth of the endometrial cells that line the uterus and can increase benign and malignant tumors in that organ. Some breast cancer cells are sensitive to estrogen and can grow when they are exposed to it, so patients with breast cancer try to stay away from it. In addition to treating the annoying symptoms of menopause, it also increases bone strength and maintains a healthy vaginal lining.

In 2002, at the height of an era of estrogen optimism, when physicians mostly believed that estrogen was good for every woman after menopause, the huge Women's Health Initiative study (WHI) which had started in 1991, reported that the use of estrogen plus progesterone increased the risk of heart attacks, strokes and breast cancer. Doctors responded quickly, and there was a drastic decrease in estrogen prescription. Women still wanted the remedy that relieved their symptoms, but physicians insisted that they stop taking it or at least taper down to very low doses and warned them of dire side effects at each appointment. Eight years later, in 2010, an extension of the study was announced which showed that there were more benefits and fewer risks that had been reported. A nuanced approach was more clearly needed. In that year I wrote a blog which reported on the very mixed results of that trial. I concluded that estrogen was definitely not all bad and was clearly good for some people and for some indications.

This year (actually 2017, which is officially last year as of 2 days ago) another extension of the WHI was released. The article presenting the data can be accessed here.The editorial addressing the findings can be found here. The important points are:

Sadly, the study, with its beautiful design and over 100,000 participants doesn't entirely answer the question in the title. It appears that taking estrogen and progesterone for about 5.6 years or estrogen alone for about 7.2 years was safe in the setting of this study. Perhaps it was even beneficial. The study did not, however, answer the question of whether taking estrogen for longer than this is safe or whether it provides more or fewer health benefits.

Taking a tangent to the story of hormone therapy for menopause, I would like to express great respect for Bernadine Healy MD who, as the new directory of the National Institutes of Health (NIH) in the early 1990's, secured public funding for the WHI. Such a large study was only possible through federal funding and has provided excellent long term guidance on various issues in women's health which had otherwise been addressed without adequate data. The results continue to accrue and we can expect to see new answers over the next several years, including benefits or lack of benefits for high dose cocoa flavanoids (think dark chocolate), exercise and other aspects of healthy aging. These are questions whose answers would not attract the monetary support of drug or device manufacturers and could only be answered with public support. May the NIH continue to have such good leadership.

SB from Friends For Life Alliance said…
I have been using an estrogen vaginal ring for 15+ years. It eliminated recurring UTIs. The news in this article is encouraging. Thank you for sharing
January 3, 2018 at 8:27 AM