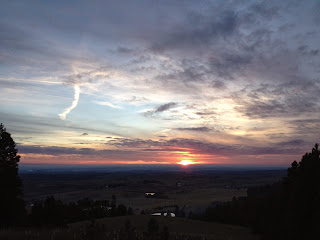 I just finished taking an exam for the American Registry of Diagnostic Medical Sonography. Having passed it, I can now put RDMS after my name, standing for Registered Diagnostic Medical Sonographer. The RDMS is a credential that many ultrasound technicians carry, and occasional physicians, especially those who make ultrasound part of their practice. So now, should I ever be at loose ends, I can potentially get a job as an ultrasound tech.

To take the ARDMS qualifying test, one must first satisfy various requirements, which fit into categories meant to include ultrasonographers of great experience, ultrasonographers who have gone through a training program (usually 1-2 years) physicians who studied ultrasonography extensively during their medical school and residency training and physicians whose experience includes extensive review of hundreds of scans by experts. Proving experience requires letters from a supervising teacher. The exam is a proctored 5 hour test, 3 of which is in a specialty area and 2 of which tests knowledge of the physics and technology, with a special focus on safety. Due to the miracle of digital communication, I was able to take the test in my own time frame, in a "Pearson VUE" test site about 90 minutes drive from my home. The test site is in a little office space, but has a silent room with constant monitoring, manual pat downs, and rigorous identity checks. Apparently Pearson VUE is part of a multinational company out of England which owns a large share of the Penguin publishing company and specializes in online learning. It was comfortable and low key. Short of having a cookie break and access to online resources, I can't think of a better set up for success.

The exam is pretty specific. My ultrasound mentor recommended I take a review course which, in combination with quite a few hours of study, would probably result in me passing the test. The review course he recommended was by the company ESP ultrasound, taught by people who specialize in making sure students pass the exam. The course director is Sid Edelman, has been teaching for decades, and covers the ultrasound physics curriculum. When I took the course, I thought that the level of trivia they taught could only have been due to some sort of collusion between the people who write the test and the people who taught the course. After taking the test, I realized that the test questions were not necessarily in the study guides for the exam, but that there was considerable overlap between what the course taught and what we were tested on. Much of the trivia that was taught was referred to in the exam questions, nevertheless, exam questions really required some knowledge of physics beyond what the course tested, and many of the questions were tricky, requiring deduction rather than straight memorization. Preparing students to take standardized tests is a very big business in the US, so even in a narrow field such as ultrasound technology there are many choices, from Pegasus Lectures, providing on-site teaching in Atlanta and Tampa, and Burwin Institute which provides online material. Having a professor to emphasize the important information was really helpful to me. Without it I would have questioned the need to learn such a broad collection of detail, and would have found studying much more frustrating.

The physics part of the exam made me wish I had taken a real, in depth course on how ultrasound works, maybe something on a college level that lasted a semester and made me able to build my own basic ultrasound out of stuff I could buy at the hardware store. Since that was not possible, memory of my distant physics education and frequently consulting multiple sources to explain points that didn’t make sense helped me answer some of the more abstruse questions. Because the real physics of the complex machines we use now is beyond most people, what we learned did not truly represent reality. This was very disappointing to me, since I had hoped I would learn enough to be able to answer some questions about why the technology is so slow to develop. I wonder if the lack of detail also helped protect the companies whose livelihoods depend on producing a competitive product. I’m betting that is part of it, though that’s kind of creepy.

During the part of the course that taught me about  ultrasound of the abdomen, thyroid and testicles, I developed awe for the knowledge most ultrasound technicians eventually have of 3 dimensional anatomy. Even at my very most knowledgeable, just after finishing my first year in medical school complete with cadaver dissection, I had nowhere near the depth of understanding of how the organs are packed into the body and served by so many named blood vessels. Ultrasound has repeatedly sent me back to my anatomy books to try to figure out how things lie in the human body. I will undoubtedly continue to improve, but there are many fresh faced young people with many less years of training, who make only a fraction of my salary, who will always be better at it than I am.

Passing the exam means that I know enough of the anatomy plus technical details and disease processes that I can pass the same exam as my technician colleagues, but our proficiency is in no way identical. I can't compete with the exhaustive knowledge of anatomy a career ultrasonographer has, and he or she can't possibly understand the level of implications of constellations of physical, labratory and ultrasound findings and combine them with patients' stories and priorities. It is good that this test has room for all of us. It could have been written so that either us would routinely fail.

So why take this test? I'm not planning on a career change, after all. Being a doctor is plenty absorbing. I noticed that the ultrasound teachers who I work with usually have RDMS after their names. It is a recognition of competence that need not come with a long explanation. I have always been concerned that some group for whom I work will have extensive requirements for ultrasound credentialing. I envision myself happily examining all of my patients with ultrasound and being told that, no, that was not allowed. So far it hasn't happened, but only because most places I work have no concept of bedside ultrasound, other than perhaps as a method of guiding procedures. It also seems likely that the credential will give both me and any employer some confidence in my ability to actually teach other people. I surely do not believe that an ARDMS test should be mandatory for physicians who employ bedside ultrasound because the requirements are way too cumbersome, but it will, for a few, be useful as a way of communicating competence in a variety of aspects of the practice.

I have been intermittently studying this stuff for about 6 months, including such questions as how fast ultrasound travels in soft tissue and the components of attenuation and how they relate to speed of the ultrasound beam and Snell's law and how it might or might not affect real time ultrasound. I have not yet found a way to make this stuff help me, but I trust at some moment I will look back on my previous grasp of the material and wish I had learned it better.

Sam said…
Janice, thank you for posting some details about your journey toward RDMS certification. Given that you are an internist, how were you able to complete the image review requirements to be able to sit the exam?

As someone contemplating the process, I am very grateful for your tips and advice.
December 1, 2013 at 2:30 PM