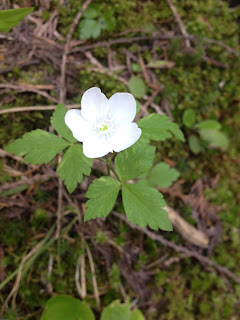 I sometimes do locum tenens assignments as a hospitalist in rural hospitals. It is a good way to find out how other systems work, or don't work, and meet new people and interact with new communities. It's great to be home and also good to go away and come back later.  Besides the usual trappings of doctoring, including stethoscope, otoscope and white coat, I wouldn't be caught dead without my pocket ultrasound.

I just got back from a week of 12 hour shifts in a 48 bed hospital and once again was very happy to have the ultrasound. They do have ultrasonography in the radiology department at this hospital, but echocardiography (ultrasound of the heart) is only available on weekdays from about 8 to 5, and it needs to be scheduled in advance. Also the ultrasonographers don't necessarily look at the things I find interesting, and can't combine imaging with physical exam findings and what the patient tells me in real time. Patients also really enjoy seeing what's going on inside when we both look at the pictures together. Ultrasound has been part of my usual practice for 4 years now, and you might think it would get old or boring, but it hasn't.

These are a few of the cases in which it made a huge difference to a patient that I had access to ultrasound at the bedside as part of the physical exam:

1. A man came in with a history of heart valve surgery and swelling of the legs. It was not clear how well he took his medication at home, but he was known to have congestive heart failure. He had had a large pericardial effusion with tamponade (fluid surrounding the heart causing it to fail) a few months before I saw him. The bedside ultrasound ruled out tamponade and showed that his heart failure was in pretty good control. He improved impressively with just staying on his regular medication and keeping his feet up. Without the reassurance of the ultrasound I might have given him extra diuretic medication and perhaps caused kidney failure. I also might have had to send him to another hospital for a full scale echocardiogram to rule out tamponade, which would have required an emergency intervention.

2. A person with a long history of alcohol abuse came in feeling generally terrible. After treatment for alcohol withdrawal, he developed very low blood pressure and high heart rate with a low grade fever. Ultrasound of the left lung showed a definite pneumonia, though the chest x-ray visualized that area poorly, missing the pneumonia completely. Having this diagnosis helped considerably in diagnosing sepsis and choosing the right antibiotic as well as ruling out a heart problem as the cause of the vital sign abnormalities.

3. A very old man came in from home with a recent history of bleeding from his urinary catheter due to pulling on it. The family was worried about blood clots obstructing the catheter. A very quick ultrasound reassured them that all was working as it should have been. The patient was saved having the catheter unnecessarily removed and replaced.

4. After a motorcycle wreck which caused rib fractures and a pneumothorax (popped lung) a patient had persistently low blood oxygen levels. She was also a smoker so the differential diagnosis included worsening pneumothorax or simply not breathing deeply due to pain. The little ultrasound detected no pneumothorax so treatment was aimed at improving breathing rather than considering placement of a chest tube. There are many other imaging procedures that could have made this determination, but none of them were instantly at hand when I needed the answer.

Bedside ultrasound is gaining popularity as a tool for internal medicine physicians and hospitalists, but is nowhere near being universally or even commonly a part of our practice. It does take training, practice and the little machine in the pocket or easily available on a cart in the clinic or hospital floor. Truly, these are obstacles, but totally worth tackling.

herbert said…
This is so "right now"- and "down to earth"- that the only reason I can imagine that these aren't as universal as stethescopes is that institutions aren't willing to bear that initial expense. This is a classic "penny-wise and pound-foolish" in the opinion of this old grouch. ^..^
April 24, 2016 at 6:15 PM