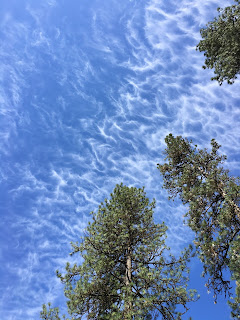 The British National Health Service (NHS) was born in 1948, based on legislation passed that year mandating free high quality healthcare for all paid by taxes. In contrast, the US started Medicare in 1966 to provide healthcare to the elderly and the State Children's Insurance Program (SCHIP) in 1993 to fund healthcare for children whose parents were unable to afford it. Healthcare in the UK is still almost entirely funded by the government (through taxes, of course), which it is not in the USA.

Britain is proud of the NHS, and rightly so. They have it figured out. Or so it would seem. Everyone can get care and nobody goes bankrupt because of huge medical bills. Brits do have to pay for prescriptions but everything costs the same, the equivalent of $11 per month.

So why would the Economist, the global news magazine based in London, call it a mess? This article says that the NHS is in trouble, and needs to learn some new tricks in order to stay effective. It turns out that Britain only spends 7.3% of its gross domestic product on healthcare which is significantly below average for its peers in the Organization for Economic Cooperation and Development (OECD) countries, and plans to cut that expenditure to 6.6% in the next year. Because their population, like ours, is aging, costs of care are actually rising so already pinched services are being further curtailed. Because of the high costs of caring for patients with complications, some local health commissions will not provide routine surgery to patients who are obese or smoke cigarettes. General practitioners are overworked and can't provide the kind of preventive services that keep patients out of the hospital and nursing homes are unable to house all of the patients who need their beds so those patients stay in the hospital, limiting the beds available for sick people or people needing surgery.

The US, in comparison, spends over 17% of its GDP on healthcare, at least 5% more than the next highest OECD country. Most of our problems are not due to stinginess of payers, but rather to distribution of healthcare dollars, with some people having no access to affordable medical services and others receiving care that is very expensive which they may not need or want. Many of us long for a fully government funded healthcare system like the NHS.

So what has gone wrong with the NHS, then? I'm not entirely sure, but I have some ideas. Since the government is the payer for services, they have the ability to limit funding. Because of the inevitable waste that goes on with the provision of medical services, it could well be that 6.6% of GDP is plenty to provide good healthcare. It is not enough right now with the system they have. Because the government pays for services regardless of whether the consumers find them to be of good quality, there is no direct incentive to please the patient. Because doctors don't know how much things cost, they are less able to be good stewards of resources. Their healthcare delivery is therefore inefficient, and reducing funding has not made it better.

We do have similar problems in the US, with both lack of knowledge about what things cost and lack of incentive to do things better or more efficiently. Because the government is not the only payer and so cannot put a cap on payment for healthcare, our system is much more expensive. Our hospitals are prettier and our technology is more snazzy and we probably do more miracle cures per capita.  But citizens of the UK have universal access to medical care and nobody goes bankrupt because of medical bills.

Since healthcare per the NHS is not what we want, but we do want universal access with good quality and lower costs, how shall we do it? Americans have enough mistrust of government, and fiscal conservatives are absolutely allergic to the federal government being the sole provider of health insurance, so we will not get "socialized medicine" anytime soon. The Affordable Care Act (ACA, also known as Obamacare) has improved our situation considerably. Expanding Medicaid to cover Americans whose income is at or below 138% of the federal poverty line has helped in the 31 states that have adopted that (my state, alas, is not one of them.) It is now easier and cheaper for the rest of us to get insurance, which helps avoid catastrophic and crushing medical bills. But even people with health insurance go bankrupt due to their share of healthcare costs, combined with inability to work. Footing part of our medical costs is supposed to help us make more frugal decisions, which is one of the reasons most healthcare proposals have included some kind of a deductible ("cost sharing.") Unfortunately most patients don't have the information they need to make frugal decisions and their doctors don't know enough about costs or other options in many cases to help them do this.

In the JAMA (Journal of the American Medical Association) an article reported that an intervention to give doctors information on costs of the various aspects of their patients' care as well as a look at their outcomes significantly reduced costs while improving hospitalized patients' health. This seems obvious. Of course knowing what things cost and how a patient fares will make us do a better job and not cost so much. The strange thing is that this is not standard practice. We don't know what the tests and procedures we order actually cost. And most of us don't get a longitudinal view of how a patients illness or surgery actually turned out.

So if we could have any system at all, what would be best for us here in the USA? I'm not sure it actually matters, as long as we get what we need and so long as there is enough shared knowledge about what things cost, how well they work and what are the alternatives. The direction we have gone, with private and government funded insurance has lead to our present situation. But if the insurance companies paid physicians to take care of patients, and how much we actually made depended on providing the most appropriate care that caused the least unpleasant impact on patients' lives, costs would go down and care would improve. This would require that patients' voices be heard. It would require that doctors knew what was good value and the healthcare industry was encouraged to create options with better value. A single government payer could do this, but not without built in systems to feedback what patients value and what actually works and innovate actively to improve quality.

Unknown said…
Hey Janice, as a system that lies between pure single payer, like the NHS and a largely private market, like the US, you may find Australia's Medicare interesting.

It's far from perfect. In particular access to specislists is harder than the NHS from what I understand, and the situation with hospitals can get complicated (but fundamentally you have a right to access public hospitals as a public patient for no cost).

We rank slightly below the NHS in terms of cost efficiency, but still well above the average, and offer a bit more in terms of patient choice.