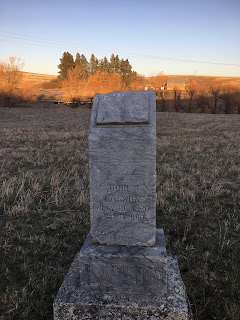 This morning the total number of deaths in the US from Covid-19 was said to be 994. That sounds kind of low, since influenza has already killed 30,000 this season. In the places where coronavirus has hit hard, it's much worse than the flu, in New York and New Orleans for instance. People are much sicker and the whole healthcare system, including emergency medical services, is stressed to breaking. We know that coronavirus is more severe and more contagious and more deadly than the flu by at least a factor of 10. Why are the numbers of deaths presently so low?

The thing that nobody is talking about with regard to Covid deaths is that our data about who has died is going to lag by weeks, months or even years and will probably fail to represent all of the deaths for which Covid is responsible. Why is this?


All of these factors are probably also affecting other countries' reported numbers of deaths. This means the numbers of the sick and dead worldwide are probably higher than we believe.

A note on why so many people die of the flu compared to how many have died of Covid-19:

Obviously, we are early in the epidemic and the numbers are rising daily. They haven't come close to peaking. But that's not even the biggest problem with this comparison.

The CDC calculates deaths of the flu in a very complex way. It is not the same way they are calculating deaths of Covid-19. With influenza CDC epidemiologists do not just count the number of people with positive influenza tests who die directly of that acute illness. They start by using the number of positive flu tests corrected for the fact that the test is insensitive (misses a significant percentage of people who are infected). They then get a bigger number by looking at the fact that most people with the flu are never tested. They also use death certificate data, but in a very nuanced way. The actual number of deaths from influenza includes people who die of other things that become fatal because of influenza, things like heart failure or chronic lung or vascular disease. On many of those death certificates, influenza will not even be listed. Some of those deaths happen weeks after an episode of the flu. It takes years to come up with an accurate death count for a particular year.

At this point we don't, and we can't, calculate the deaths of Covid-19 the same way we do influenza. In the words on the CDC website: "Only counting deaths where influenza was recorded on a death certificate would be a gross underestimation of influenza’s true impact." To extrapolate from that, only counting deaths where Covid-19 is recorded on the death certificate will be a gross underestimate of this disease's true impact. Comparing reported numbers of people who have died of coronavirus so far to deaths from influenza is extremely misleading. Deaths due to influenza and Covid-19 are being calculated completely differently. When this epidemic is finally over, a number such as 994 on March 27 will be a point on a timeline representing the early part of America's experience, a point when we had only an inkling of what it would be like.

herbert said…
Thanks for offering a better appreciation of what epidemiologists are up against. The last time I visited my heart doc he had a "scribe" tagging along, taking notes on a laptop... & I thought "What a great idea! The doc can concentrate on practicing MEDICINE instead of spending time personally documenting the rounds, & the results."
I know (from spending time as a classroom volunteer) that teachers face increasing loads of documentation, that coincides with new "rules" about curricula & results of new mandatory tests, etc. It can be more pervasive than correcting homework!
I appreciate information... but sometimes, it seems like its production- for maintaining a need for "middle management" (or insurance bean-counters)- is just "busywork". ^..^
March 29, 2020 at 8:41 AM

March 13, 2020
Not yet facing the emotionally draining horror of working to take care of people in a system that is overwhelmed, I am full of ideas. I am fascinated with the way the response to this global pandemic has transformed pretty much everything. People are willing to do very difficult things and large, slow systems are speeding up their processes to try to mitigate this disease's bad effects. Could have been faster, but that's in the category of regrets for which we have no time.

The first cases of acute respiratory distress syndrome from a novel coronavirus were in Wuhan, China in December 2019. At first they were thought to be SARS (another coronavirus with a different scary history). By the beginning of January the virus was characterized and found to be a different respiratory virus. It was called SARS-CoV-2 (I think that is an acronym for "severe acute respiratory syndrome coronavirus-2"--sort of like Terminator-2. Except that there were nearly 18 years between the o…
7 comments
Read more